Pride Colosseum was a part of heaven that fell onto hell during the first Armagedon war. The portal connecting to heaven is still not fully close, and some angles are occasionally found roaming through the gate. Late Satan has declares this the realm to torture all caught angels and human egotistical souls. Stage enough, most politicians end up here. 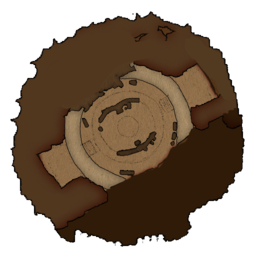 - All demons start out with their own level. No exp or gold is gained inside Pride Arena.

- You immediately win a battle round when there's no living demons on the other team.

- At the end of 4 minutes of each round, any team with higher number of surviving demons win. If both team has an equal numbers then the round restart without giving out any points.

- Any team who win five battles first, win the arena.