The manifestion of the first dealy sin, Gluttony Park is where those who can’t control their hunger spend eternity scarvenge for left-over scraps. All atttractions were designed by the late-satan to lure spirit into extreme torment in exchange for food. 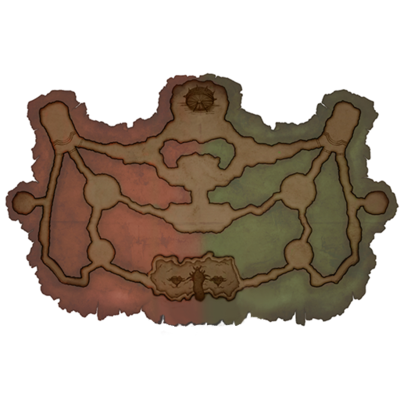 Both team can interact with the other team gluttony cup to begin shaking it (requires 6 seconds to complete.) If the interaction is successful, the cup will shake and opponent will loose 10% of their current score. 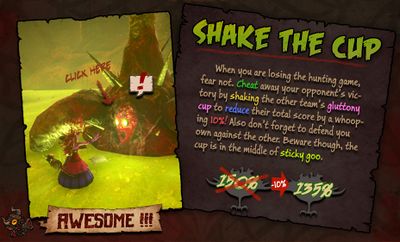 each one of these has different score. 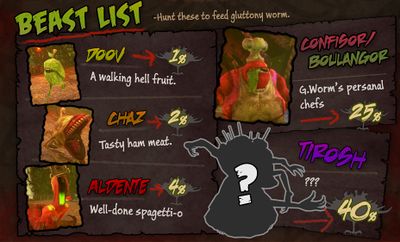 While killing opponent demons helps, it is often not the best strategy since the objective of this stage is to hunt as many creeps and fill gluttony cup to 200%. A team with efficient creep-farming demons can often gain more score quickly by separately hunting small creeps and finishing quests while avoiding demon combat.

Middle zone is the prime spot for hunting creep and defending the gluttony cup. Team who can control this are often lead to victory over time. Toward the end game, if players gain huge upper hand over the opponent team, they can also can go and shut down other team right in front of their base, preventing them from leaving the base. This almost always lead to a guaranteed victory.

There are harder beasts that give out big scores. Killing these beasts, can easily push the score over the 200% threshold and win the game for you. However, they require demons with high level to be able to take them down. Team gearing toward this strategy will need to kill as many opponents demon as possible for level early in the game, and farm some mid-level creeps in the stages for more exp.