Following up on the opening of Pride Arena last week, the angels have now descended upon Purgatory Plain in retribution for the closing of the heaven's portal. So you know what to do. Hunt them down for various event items.

Special new is that now we have increase demons level limit to 23, and adding some new third-row skills. (Lots more will be coming next patch.) Additionally, now all arenas will not required player ranking. This is a temporary fixed so what new players can play later arena with higher-rank players.

Lastly, here's the preview of the upcoming Pride Armour set (and upper-tier Exalt Armour) which will focus on VIT+TAL and HP regen with light affinity. Hopefully we'll be opening their crafting in our next patch. So please keep your finger cross. :) 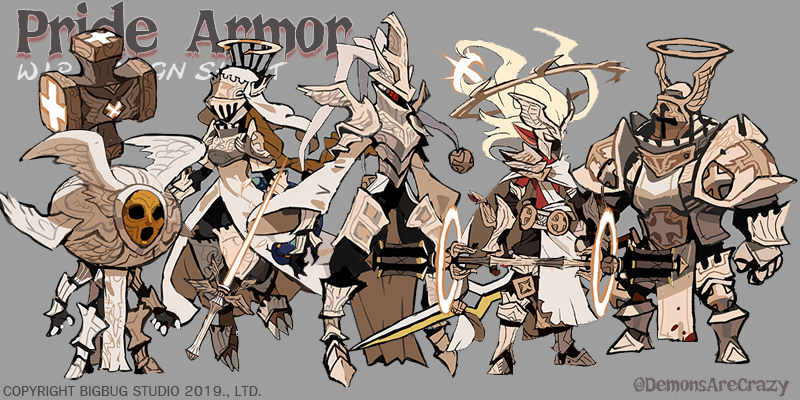 - Fixed RodeoBob's Anima Relentless and changed its effect to reduce all non-skill sp cost to 0 (with 5-20% chance.) This will also include sprinting cost.

- Fixed equipments not giving out Flat HP, MP and SP.